Suez Canal Crisis – What did we learn? 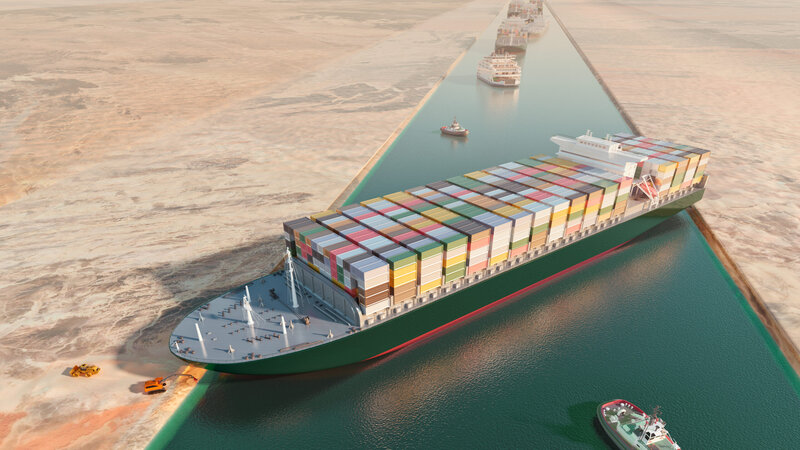 The Suez Canal has long been a point of strategic importance, dating back to political tension in the crisis of 1956.

Strategically it is the shortest ocean link between the Mediterranean and the Indian Ocean and a major conduit for the shipment of products and raw commodities, with 10% of total seaborne oil travelling via this route.

A voyage from the Middle East to the UK typically take 17 days via the Suez, around the southern tip of Africa that journey would take 27 days.

The hourly cost of the blockage is estimated to be around $400m or $9.6billion a day, some $70billion to date.

How does this affect you?

The UK increasingly relies on imported gas since the decline of the North Sea gas production. Imported natural gas in liquid form called LNG from the likes of Qatar, Russia, Trinidad and Tobago and more recently the US has filled the North Sea void. In the last week LNG made 40% of the UK’s gas supply mix. As we head into Summer, LNG tankers head to North East Europe to help fill our gas storage for the Winter.

Just a few weeks ago (Monday 29 March) 13 LNG cargoes were stuck in the Suez Canal sending gas prices across Europe up initially 7% on the news, and 14% since the incident. By the weekend over 306 ships became backlogged. Shipping rates skyrocketing at the prospect of going round the whole of Africa to avoid the concertina effect.

At the end of March 2021 we heard the news that the ship has been dislodged and ships will soon be allowed to pass, sending prices for commodities and shipping into decline. Although it will be some days if not weeks till trade flows resume to normal levels, this crisis has given us plenty to ponder.

The just in time production ethos although cost effective saw its biggest risk play out with distribution constraints. In a world of promised next day delivery we have to ask, how sustainable is this from a delivery point of view? Products from IKEA furniture to coconut water were all held up causing issues with UK consumers who saw items not being re-stocked.

From a UK energy prospective, having 40% exposure of the gas supply mix is an extraordinary risk. Although a multitude of nations supply LNG to the UK; at one point in 2020 100% of all LNG derived from Qatar (which ships through the Suez Canal). To mitigate this risk, an increasing reliance on US and Russian LNG has been sought. This also plays into the argument of having the Nord Stream 2 pipeline from Russia into Germany built sooner to remove the pressure and reliance from LNG as a whole.

The longer-term outlook is to reduce the reliance on natural gas, a feat that would take decades. Replacing our gas fired generation with hydrogen on the upstream, as well as domestic consumption on the consumer end.

Overall, the blockage of a trade route was fortunate that it was not political, but is being resolved with multiple nations collaborating.